#OhSoWSU: From refugee camp to runway

In the last decade minorities have accomplished a lot of firsts. Sterling K. Brown became the first black actor to win Best Actor in a Drama Series at the SAG Awards, Ava DuVernay became the first black woman to be nominated for best director at the Golden Globe Awards, and in 2017 Halima Aden became the first hijabi supermodel to grace the covers of Vogue, Bazaar, and Allure Magazine’s. During a two hour interview and Q & A in Wayne State University’s Student Center ballroom

With Lebron James into his 15th NBA season he becomes the youngest player to reach 30,000 career points. He reached this milestone in Tuesdays game against the San Antonio Spurs. Prior to the game James was just seven points shy of his career high. Now he is apart of the NBA (6) elite such as Michael Jordan, Wilt Chamberlain, Kareem Abdul -Jabaar, Karl Malone, Kobe Bryant and Dirk Nowitzki. But that’s not all! The Akron athlete continued to inspire by also becoming the first

It looks like the Champagne Papi can pen in another milestone of accomplishments on his resume. On Tuesday Jan. 23 Chart Data revealed that Drake broke Spotify’s single day streaming record with newly released single “God’s Plan”. “God’s Plan” is one of two singles off of Drake’s new EP “Scary Hours”. Chart Data’s stats show that Mr. OVO’s jubilant hit pulled in a grand total of 4,326,679 streams earlier this week, but this isn’t the first time that Drake has pulled in whop 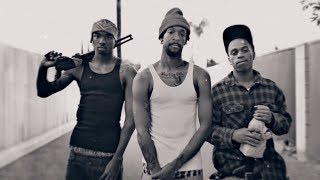 Although we haven’t been graced with an album from the Black Eyed Peas since “The Beginning” it hasn’t stopped them from being vocal about the content of today’s Hip-Hop. Taboo stated in a recent interview that “It’s sad that, in this day and age of music, we don’t have a huge support for activism as we used to,” he went on to say “In the ’60s, everybody was trying to make a statement with their music. It seems like more athletes are making a statement, standing up for causes

Brand U Vision Board Party Recap

“Detroit Stand Up!” That statement was shouted by a room full of women at the Brand U Workshop: Brand The Vision Board Party in front of a panel of boss Detroit babes. This third annual vision board party was created by Brittany Alexis owner of Pop Vids, Brand U, and Project Get Fresh and was brought to her hometown of Detroit, MI at the Aloft in the David Whitney Building. Brittany Alexis joined the hosts of Good Day with Oh So and we learned all about how she became a natio

Comedian Jess Hilarious is no stranger to messy situations. She dives into trending topics in her instagram skits “Jess with the Mess” and get up close and personal with her followers. Recently, she’s been in the blogs about a back and forth between her and a follower who commented on Jess’s video about the condition of her lace front wig. The situation escalated when the commenter, Nunu, made a video to back up her comment upon finding she was blocked by the comedian. Nunu s

The 44 year old supermodel, Tyra Banks, is returning with the 24th season of America’s Next Top Model. This show is the origin of pop culture moments like when she yelled at contestant Tiffany Richardson that “we were rooting for you” during one heated elimination round. The show had winners like Eva Marcille, who has gone on to have a pretty successful modeling, acting and reality tv career. YaYa Decosta whos been in shows like Chicago Med and several music videos, and most